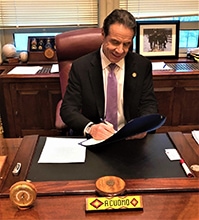 Concerning anaphylaxis emergencies and epinephrine, imagine if an "Epi nasal spray" became a viable treatment option instead of an intermuscular EAI injection device. It might happen sooner that you might think; new devices are being developed that don't require using a needle. And some of them do look very promising.

Intranasal Delivery of Emergency Epinephrine Takes Another Step Toward Realization

We’ve been following the progress of ARS Pharma’s and Bryn Pharma’s intranasal emergency epinephrine devices as they make their way through clinical trials. These devices are meant to provide a needle-free alternative to today’s auto-injectors for the treatment of anaphylaxis.

Now, yet another company is reporting promising results in the race to bring an intranasal device to market, although this one does so differently.

After their son Dillon suffered a fatal attack of anaphylaxis after being stung by a bee, Angel and George Mueller became dedicated advocates for individuals and families with life-threatening allergies. Since being enacted in Wisconsin, Dillon's Law has saved several lives; Minnesota and Indiana promptly adopted the same legislation. Now Dillon's Law has gone to Washington DC; its' introduction in Congress provides hope to all allergy activist advocates across America.

Congressmen Glenn Grothman (WI-06) has introduced Dillon’s Law, a bill that will incentivize states to allow “good Samaritans” to save lives. This bill will allow states to use existing federal grant money for preventative health services to be used to train individuals to carry and administer epinephrine.