With the frightening statistic that two Americans die each day from anaphylaxis, the Allergy & Asthma Network / Mothers of Asthmatics sponsored a conference to discuss recent research, legislative wins and other initiatives to help keep everyone with food allergies and asthma safe.

Collaborative communities of support. Improved strategies for people with life-threatening allergies. Greater awareness of anaphylaxis. And patient healthcare decisions based on facts, not fear.

These were among the central themes at the first USAnaphylaxis™ Summit, hosted by Allergy & Asthma Network Mothers of Asthmatics (AANMA) on Oct. 5 in Washington, D.C.

“Life-threatening allergies are on the rise, and two Americans die each day due to anaphylaxis,” said Tonya Winders, AANMA chief operating officer. “Our goal is to end the needless death and suffering due to allergy, asthma and anaphylaxis.”

John Lee, MD, a pediatric allergist at Boston Children’s Hospital who founded AllergyHome.org with Dr. Pistiner, stressed the need for greater communication among physicians, families, school nurses, teachers and other staff to avoid anaphylaxis, especially on field trips or when there’s a substitute teacher.

Matthew Greenhawt, MD, assistant professor in the Division of Allergy and Immunology at University of Michigan, examined the controversial topic of peanut-free environments.

Anaphylaxis risk in schools and public places is real, but there’s no evidence to support that peanut or tree nut bans are effective, Dr. Greenhawt said. They may even create a false sense of security. In a recent University of Michigan study, 20 percent of 409 anaphylaxis reactions occurred in nut-free environments. Unless the food allergen is eaten, the risk of exposure is low, Dr. Greenhawt added.

The ability of schoolteachers to identify and prevent allergic reactions is essential, advised Lisa Albert, MSN, RN, a school nurse in Elizabethtown, Pa.

Albert encouraged school nurses to schedule meetings with teachers and instruct them how to identify anaphylaxis, respond to emergencies and use an epinephrine auto-injector.

He cited a new study revealing the need for developing anaphylaxis action plans for food-allergic children and conducting practice drills with epinephrine auto-injectors at each doctor’s appointment.

“The pediatrician is often the first and sometimes only physician that parents and children talk to about allergies,” she said. 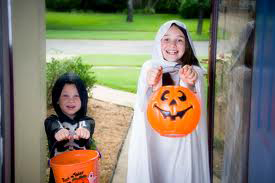 Here are some very practical tips to keep your children safe on Halloween night. Bring your own snacks while trick or treating or even plan a scavenger hunt instead.

ARLINGTON HEIGHTS, ILL. (October 15, 2013) - Between dodging vampires in haunted houses and listening to tales of terror, Halloween can be a scary time of make-believe. But for the four percent of children with food allergies, Halloween can be a real, horrifying experience.

Holiday treats can have many hidden allergens in them that can cause a severe life-threatening allergic reaction known as anaphylaxis.

"Even candy that may seem harmless, such as lollipops, can contain trace amounts of allergens," said allergist Richard Weber, MD, president of the American College of Allergy, Asthma and Immunology (ACAAI). "Seemingly allergy-free candy can be manufactured in the same facilities as peanuts, wheat and other

The urge to snack on candy while trick-or-treating can be irresistible, but knowing the exact source of the candy can be impossible, especially with snack size candies.  To help keep your trick-or-treaters safe, ACAAI has put together the following Halloween safety tips.

Food intolerance can often mimic a food allergy, causing nausea and vomiting. Before you exclude a certain food from your child's diet, be sure to have your child tested for food allergies by a board-certified allergist. Upon diagnosis, an allergist can prescribe life-saving treatment and teach you and your child avoidance measures.

For more information about food allergy, and to locate an allergist in your area, visit AllergyAndAsthmaRelief.org.

The American College of Allergy, Asthma & Immunology (ACAAI) is a professional medical organization of more than 5,700 allergists-immunologists and allied health professionals, headquartered in Arlington Heights, Ill. The College fosters a culture of collaboration and congeniality in which its members work together and with others toward the common goals of patient care, education, advocacy and research. ACAAI allergists are board-certified physicians trained to diagnose allergies and asthma, administer immunotherapy, and provide patients with the best treatment outcomes. For more information and to find relief, visit ACAAI.  Join us on Facebook, Pinterest and Twitter.

What Would You Pay to Keep Your Child From Having a Food Allergy? 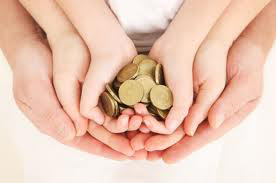 "She had a couple of bites of a peanut butter sandwich at the park one day, and her whole face broke out in hives."

The next thing Deanna and Paul knew, their life had changed. Their daughter, Katie, who was 4 at the time (she's now 7), was diagnosed with a severe allergy to peanuts and tree nuts.

"We need to rearrange our whole lifestyle," Deanna says. "We have to read every single label at the grocery store, so it takes so much longer to shop for food."

If you're a parent, or of the age where your friends are having children, chances are you've already heard this story. After all, these days, one in 13 American children has a potentially deadly allergy to some food. The past half-decade has seen a strange explosion in food allergy rates. In 1997, the prevalence of food allergies in children under 17 years of age was about 3.4 percent, and steadily increased to 3.9 percent by 2007 -- but in the years following, it skyrocketed to eight percent, according to a major 2011 study published in Pediatrics.

It's not just the U.S., either. Across the globe, food allergies are becoming an epidemic. Take the U.K., for example, where food allergy-related hospital visits increased a staggering 500 percent between 1990 and 2006, according to a study published in Thorax. Health care providers and epidemiologists are now seeing growing rates of peanut allergies in the west, sesame allergies in the Middle East, and rice allergies in China and Japan.

Trying to explain this tremendous (and sudden) increase has left public health experts grasping at straws. One of the stronger theories is the so-called "hygiene hypothesis," which argues that in an increasingly developed world, we are becoming more and more sheltered from the elements, and from exposure to the natural world. And as we increasingly keep our children from early exposure to infectious agents -- and slather them with antibacterial soaps and surface cleaners -- we stifle the development of their immune system. In other words, since kids no longer play in dirt, their bodies never learn how to function properly. The result? Increasing rates of hay fever, eczema and deadly food allergies.

Another theory gaining popularity is connected more to how we eat -- or how we grow what we eat. While there is no proof, some experts believe that genetically modified foods could be causing allergies. A few studies have connected the rising rates of allergies to rising rates of pesticides in food and drinking water.  And at least one Johns Hopkins study connected food allergies to commercial baby food. But nothing has been conclusive.

Getting to the bottom of this problem is a pressing public health matter, because, as it turns out, food allergies are costing the U.S. an estimated $24.8 billion every year. according to a study published in JAMA Pediatrics, which revealed what was previously a hidden financial burden in America.

"There are a lot of good questions about the problem, but not a lot of good answers," says Dr. Ruchi Gupta, lead author of the study and associate professor of pediatrics at the Northwestern University Feinberg School of Medicine.

The Economics of Food Allergies

To put a $24.8 billion price tag in context, consider that, for example, the Milkin Institute estimates that stroke (the number four cause of death in the U.S.) costs $24 billion annually and mental disorders cost $116 billion. And as the raw numbers of afflicted children have gone through the ceiling, the health care system has struggled to keep up.

The authors of the study surveyed a sample of 1,643 children with food allergies (and their families) in an attempt to figure out what it actually cost to treat a food allergy. It's not as simple as it sounds -- unlike most other medical conditions, the majority of costs associated with food allergies don't show up on the doctor's office ledger. There are very few prescription medications for food allergies, for example, and as a result most of the direct health care costs are due to emergency hospital stays. Even then, those costs alone aren't that high: in total, direct medical costs due to food allergies were estimated at $4.3 billion.

So where's the other $20 billion coming from? It turns out that dealing with food allergies leads to a lot of very distinct (and uninsured) costs. For example, American families spend about $1.7 billion per year on specific allergen-free foods. Then there's the tremendous costs that parents lay out to ease their concern that a medical emergency might occur if they take their eye off the ball for an hour. For example, they spend money to arrange special child care, change schools to more food allergy-friendly environments, and send their kids to specialized summer camps. They give up careers and leave higher-paying jobs on the table because they don't want to be far from their children. After all, at any time, their baby could be near death in a hospital.

"It's a feeling of doom, or constant vigilance or alertness," says Dr. Ruchi. "With a food allergy, kids don't look or act different than any other child, they just have this possibility of anything happening at any time."

What's It Worth to Cure Food Allergies?

In an attempt to quantify all of these things, the survey asked parents for their "willingness to pay." In other words, what would it be worth to you if I could make your child's food allergy disappear overnight? Interestingly, the average answer was $3,504 per year -- almost exactly the $3,457 average annual per family costs of managing a food allergy.

But ultimately it's the unquantifiable things you give up that really get to you.

There are lots of little things. Katie can't eat cake at her classmates' birthday parties (she brings her own nut-free snacks) and she can't go to ice cream shops anymore. Her parents had to give up Thai food and some of their other favorite restaurants. Some parents may move to less desirable neighborhoods to be closer to their child's school, or to move to a school district that has nut-free classrooms or nut-free tables in the cafeteria. Katie's family was lucky; her school happened to have a nut-free lunch table.

Then there's the big one: the anxiety.

"There's always a little bit of fear," Deanna says. "I can't be there to make sure everything is okay."

It's unreasonable to expect that we'll come up with a way to cure food allergies. But there are ways we can better address the issue. Ruchi believes that changes to public policy could reduce both the financial burden and the unquantifiable feelings of dread experienced by parents of children with food allergies.

For example, simply making it matter of policy that public schools must keep epinephrine autoinjectors on hand at all times (and train their staff on how to effectively use them) could make parents feel much more comfortable sending kids off into the care of schools. There are also policies that could be enacted to keep allergens like nuts out of classrooms entirely by, for example, asking kids to bring in small toys and gifts instead of cakes and cookies on birthdays.

"Food is so ingrained in our lives, especially in kids' lives, that changes are going to take time, but it can happen," Ruchi says.

Across the globe, food allergies are becoming an epidemic. It's unreasonable to expect that we'll come up with a way to cure food allergies. But there are ways we can better address the issue.