Sunday, June 29th was a very special day for the Allergy Advocacy Association. The Rochester Red Wings hosted the first annual “Food Allergy Awareness Day: Be food aware-Not food afraid!” event at Frontier Field. Our association set up our exhibit booth inside the stadium concourse where we were joined by a number of other local organizations in our efforts to raise awareness of the danger of anaphylaxis and seek improved access to life-saving epinephrine everywhere. Exhibitors included Allergy Asthma Immunology of Rochester PC, American Cancer Society Relay for Life, Mylan Specialties LLC, Rochester General Health Group Allergy & Rheumatology and Sanofi Pharmaceuticals. Also in attendance and entertaining the crowd of 5,000 fans was Nickelodeoncable television network star Dora the Explorer, College at Brockport mascot Ellsworth the Eagle and (naturally) Spikes, mascot of the Red Wings. One of the highlights of the day was a video featuring local allergists Dr. Theresa Bingemann and Dr. Shahzad Mustafa. Two local high school baseball players, Trevor Leinenbach and Ben Kerns were interviewed about living normal lives while dealing with their food allergies. And both young men got the chance to throw out ceremonial first pitches to start the game. The weather forecast called for hot and humid weather with a significant chance of thundershowers, but the rain held off until well after the end of the game. The Red Wings thumped their International League rival Buffalo Bisons 8-1.

As a part of our legislative action agenda, we collected signatures on petitions supporting two bills that passed both houses of the NYS legislature this year. The petitions will be sent to Governor Andrew Cuomo encouraging him to sign the bills as soon as possible. Sign our peititions here.

Most people think of college as a place to learn but three Doctorate of Nursing Practice students found inspiration to fight for change as well.

As pupils in a Health Law class at St. John Fisher College in Rochester, New York they were discussing precedent cases involving foreseeable risk and were challenged by their teacher to find a current health issue for which to advocate. They chose to raise awareness about the risk of anaphylaxis in schools and emphasize the importance of having both epinephrine access and personnel trained to administer it.

“After looking into it we were astounded to find that this issue has been debated for years without any forward movement,” says Susan M. McCarthy, DNP, RN, and Professor of Nursing at Finger Lakes Community College in Canandaigua, NY. “The American Academy of Allergy, Asthma and Immunology issued a position statement endorsing easy access to epinephrine in 1998 and the American Academy of Pediatrics has advocated for immediate recognition and treatment of anaphylaxis for years. The delay in action is unconscionable.”

Hoping to alert legislators and the public to the growing number of instances of severe life-threatening allergic reactions to everything from foods and insect bites to certain chemicals and more, Evelyn Ouellette, DNP, FNP-C, a solo practitioner at Medicor Associates of Salamanca in Salamanca, NY, Dr. McCarthy and Virginia Riggall, DNP, RN, ACCNS-AG, CCRN, Clinical Nurse Specialist at Rochester General Hospital in Rochester, NY wrote a white paper entitled “New York Needs Epinephrine Available in All Schools” to help publicize the issue.

Clearly improvements need to be made. In the paper they write, “The life-threatening nature of anaphylaxis demands an immediate response. Timely administration of epinephrine is recommended when anaphylaxis is suspected, as there are minimal adverse effects from an injection in an otherwise healthy child. The benefit of epinephrine administration clearly outweighs any risk to the child.”

The time for this to change is now.

“From reading proposed and passed legislation from other states, most bills have been developed around a severe reaction, usually one that results in death,” says Dr. Riggall. She and her co-authors are hoping to help New York state avoid that same path and are using Automated External Defibrillators or AEDs as part of their inspiration.

“When you look at the literature around AEDs in public places, there is a great deal of evidence that supports having AEDs that are easy to use in easily accessible locations,” continues Dr. Riggall. “AEDs have reduced deaths from cardiac arrests so it is the same logic around anaphylaxis.”

Also important to realize is this is an issue that can affect anyone at any time. Dr. McCarthy points out that children with severe allergies already have individualized response plans that address what to do in the case of a severe attack of anaphylaxis. It is the children (and adults) who do not know they have an allergy who are at the greatest risk with limited or no quick access to epinephrine.

All three encourage parents and other concerned citizens to make their voices heard. “I would recommend that parents petition their local school boards for the establishment of protocols for the life-saving drug in their children’s schools and take an active interest in how this program including the training and re-training is conducted,” says Dr. Ouellette. “It is not a question of whether or not a child will die of anaphylaxis, it is only a matter of when it will happen if we do not prepare for this in advance.”

Please Note In addition to raising the issue directly with school boards, contacting state legislators is another way to show support. 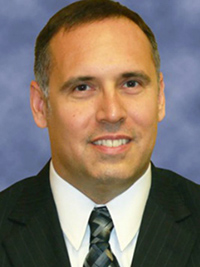 The state of Florida took it one step further in protecting both children and adults not only in schools, but in restaurants, theme parks, sports leagues, camps and other businesses. They are now permitted to maintain a supply of epinephrine auto-injectors and just as important, the legislation provides civil liability immunity protections for health care practitioners, pharmacists and others who stock and administer the emergency treatment.

Within the past decade, the incidence of food allergies has skyrocketed. Food allergy cases have gone up 18 percent from 1997-2007 alone, according to the Centers for Disease Control. With this increase in food allergy cases, there is an increase in the need for everyone to have access to the emergency help of an epinephrine auto-injector.

A recent change in Florida law will go a long way toward helping this situation. Gov. Rick Scott signed the Emergency Allergy Treatment Act (HB 1131) into law. Sen. Aaron Bean of Jacksonville and Rep. Matt Hudson of Naples sponsored this important legislation, which allows restaurants, theme parks, youth sports leagues, camps and other businesses to maintain a supply of epinephrine auto-injectors, emergency treatment devices that can stave off anaphylactic shock.

The legislation also provides civil liability immunity protections for health care practitioners, pharmacists and others who stock and administer the emergency treatment. To do its job, the medication must be administered promptly when a victim has a severe reaction to food, an insect bite or other item.

Anaphylaxis occurs when the throat swells shut due to an allergic reaction, typically in response to peanuts, tree nuts, fish or shellfish. It is an unpredictable allergic reaction that comes on quickly. An epinephrine injector rapidly delivers medication to the bloodstream to treat acute allergic reactions.

When anaphylaxis occurs, immediate action is vital — taking the time to wait for 911 can be an unsafe choice. The Emergency Allergy Treatment Act combats this problem by allowing many more businesses to stock emergency treatment.

This law will ensure that more public gathering places are prepared if someone has an allergic reaction. Too often, victims don't know they have the particular allergy or are unprepared to act. With this law in place, forgetting your epinephrine auto-injector at home when you have an allergic reaction won't have to lead to something more serious.

All across Florida, parents are sending kids to summer camp. What should be a happy occasion can instead be a time of unease for the parents of an allergic child, knowing their little one will be encountering new foods, new plants and new bugs. This new law can give them a great deal of comfort about their child's safety, and providing these parents with a little peace of mind can go a long way.

I constantly see parents and patients struggling to handle the fear of anaphylaxis, and I know Florida's new law will bring tremendous comfort to many. I want to thank the Legislature, especially sponsors Sen. Bean and Rep. Hudson, as well as Gov. Scott for their work to alleviate some of the unease that these Floridians must suffer through.

Patrick J. DeMarco, M.D. works at Allergy & Asthma Specialists of North Florida in Jacksonville. He is the immediate past president of the Florida Allergy, Asthma & Immunology Society.