Illinois has joined the ever growing number of states enacting legislation to protect kids with allergies in schools. Unfortunately it took the death of a seventh grade student to win support.

Trained school employees and volunteers will be allowed to administer an emergency epinephrine injection if they believe a student or visitor is having an allergic reaction under a bill signed Wednesday by Gov. Pat Quinn.

The legislation expands on a 2011 law that allowed school nurses to give the drug to any student believed to be having a life-threatening allergic reaction, even if the child had not been diagnosed with an allergy.

“We want to make sure we do everything in our schools to protect the good health of our students,” said Quinn, surrounded by parents, students and health advocates.

That 2011 law also removed a restriction that prevented schools from keeping epinephrine in stock. It was inspired in part by the death a year earlier of Katelyn Carlson, a seventh-grader who went into a severe allergic reaction after eating food cooked in peanut oil during a school party at Edison Regional Gifted Center in Chicago's Albany Park neighborhood.

The girl did not receive an injection of epinephrine, often known by the brand name EpiPen, a hormone that can counter severe allergic reactions by opening airways, improving blood circulation and reducing swelling.

At the time, state law prohibited school officials from dispensing the drug unless it had been prescribed to a student by a physician, supplied by a parent and listed on the student's medical plan.

At the press conference Wednesday, Illinois Attorney General Lisa Madigan said that at least 25 percent of first-time allergic reactions occur in schools, not all of which have nurses on staff.

“Everyday parents send their children — many of whom have known food allergies and many who have unknown food allergies — to school and out into the world,” Madigan said. “That gives you a sense of how important it is to have epinephrine in schools.”

The Centers for Disease Control and Prevention reports that 1 in 25 children have at least one food allergy, and the number is increasing.

The law, which goes into effect August 1, also sets curriculum requirements to train school personnel and allows students to carry and administer their own epinephrine injections with parental consent, according to Quinn's office.

A Disappointing Reality: Many Families of Food-Allergic Kids Are Not Carrying Epinephrine

Doctors at Nationwide Children’s Hospital in Columbus, Ohio recently polled 35 families at their allergy clinic, and were shocked to find how many were not carrying epinephrine with them. This includes 29% of those who previously had to use it due to a bad allergic reaction. This article  gives some very helpful advice on how to remember to carry it everywhere and how to to get prescription reminders and discounts.

It is a well-known fact that epinephrine is the best treatment for anaphylactic reactions. Patients or their adult caregivers are urged to always keep their epinephrine auto-injectors close at hand. Epinephrine should be given as early as possible after a reaction begins.

My co-workers and I recently conducted a survey at Nationwide Children’s Hospital’s allergy clinic. We asked families of kids with food allergies who saw an allergist at the clinic whether they had their self-injectable epinephrine with them at the time. To a large degree the answer was “no” – even among those at the highest risk of severe reactions.

Although this preliminary study only involved 35 families, the results were so alarming that they could not be ignored:

The most common reasons why patients say they do not carry their epinephrine auto-injectors with them at all times include:

What All This Means

Education, as always, is key! Physicians need to start routinely asking patients if they have their epinephrine with them. For example, they should ask if they always take it to restaurants, parties, the park, etc. And everyone in the food allergy community needs to help get the word out that:

Remember, emergencies are never planned! Epinephrine auto-injectors are meant to be kept within reach at all times. During an anaphylactic reaction, minutes – or even seconds – count.

Dr. Stukus is an Assistant Professor of Pediatrics in the Section of Allergy/Immunology at Nationwide Children's Hospital, in Columbus Ohio. In addition to his interest in caring for families with food allergies and other allergic conditions, he also serves as Co-Director of the Specialty Asthma Clinic. He previously completed his pediatric residency at Nationwide Children's Hospital and his fellowship in Allergy/Immunology at the Cleveland Clinic Foundation. Dr. Stukus is the co-chair of the Kids With Food Allergies Medical Advisory Team. He is married with two children. 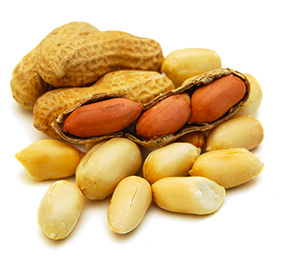 Prevalence of peanut allergy among US children ranged from 2% to 5% based on testing criteria, reflecting higher than previously reported estimates.

Questionnaires were administered at 6 months, 1 year and then annually. There was an in-person meeting for 1,277 children; 55% had blood drawn and of those, 87.7% were measured for sIgE levels. Twenty-seven patients self-reported peanut allergy for a prevalence of 4.6% (95% CI, 2.9%-6.3%), which was “higher than previously reported estimates of self-reported peanut allergy among US children of comparable age.”

When the researchers used the strictest definition of allergy, including peanut IgE greater than the 90% specificity decision point and prescribed epinephrine auto injector, 12 patients yielded a prevalence of 2% (95% CI, 0.9%-3.2%).