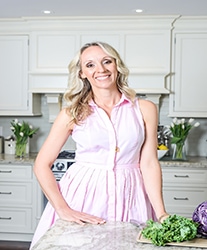 Growing up Melissa Scheichl (aka The Allergy Mom®) of the Greater Toronto Area of Ontario, Canada, had both seasonal and food allergies and her mother suffered a dangerous anaphylactic reaction to a bee sting. As challenging and scary as these experiences were, however, allergies did not become a major focus of her life until her children were born almost 16 and 14 years ago.
Read the article here. 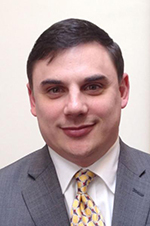 When food allergies affect someone in your own family, it’s time to turn talk into action. Erie County legislator Peter Savage was in a great position to do just that, and has been a wonderful supporter of our efforts to have “student carry” laws passed. Read the full story here.

When Erie County Legislature member Peter Savage and his family signed up for the recent FARE Walk for Food Allergy in Buffalo, he was hoping to raise funds for the cause and awareness about food allergies.  He was not looking to mix business and pleasure…it just worked out that way.

It all started when his youngest daughter was diagnosed with a severe food allergy a year ago at the age of one.  “Certainly when you have children you become more aware of these and other issues,” he says.  “Through that I’ve become very focused on working to try to advocate and increase awareness so that people understand the severity, especially with young people.”

While this is his greater goal, the Saturday walk in August was simply meant to be a family activity. That changed, however, after he began talking to other participants. He ran into a friend who he hadn’t realized was also dealing with allergy issues and met other families in similar circumstances.  He also spoke with allergy awareness advocates.

His conversations quickly became a call to action. “They said you have a voice and they encouraged me to get involved,” remembers Peter.  He and his staff did some research and then did just that.

Peter’s first focus became Senate Bill S7758-2013 and Assembly Bill A9334-2013 that among other things allow students to carry and use medical treatments and devices at school and at school events. These bills were both passed by the state Senate and Assembly last spring. All they need are Governor Andrew Cuomo’s signature to become law. Toward that end Peter sponsored a resolution strongly encouraging the Governor to act.  His fellow legislators—all 10 of them—agreed.

“It’s rare for all of the members of a body, Republican, Democrat and Independent, to sign on to something for support regardless of party affiliation,” he says. “I think that sends a strong message and I hope the united front will be even more powerful for the Governor and others around the state to see that we’re one voice on this issue here in Erie County.  Hopefully we can get this and other pieces of legislation passed that will not only raise awareness but will help assure our kids are safe.”

As to the reality of whether the bill will be signed into law, he’s keeping his fingers crossed.  He hasn’t heard anything definitively one way or the other—and understands this is just one of many bills on a wide variety of topics needing to be reviewed. But he has spoken with the Governor’s staff that has given assurances they are going to discuss it with him.

In the meantime he will keep working on a variety of issues that affect the people of Erie County. He just took office this year when a vacancy came available and as that term closes out he is running again to hopefully attain a full 2-year term.  With several more pieces of legislation related to allergies and asthma at varying stages in New York State, he has plenty of opportunity to continue making a difference in the allergy advocacy arena.

To learn more about Legislator Peter Savage visit his website. 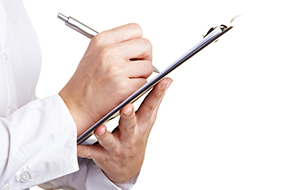 New research into fatal cases of anaphylaxis concludes that teens and asthmatics with known allergies face particularly high risks and should make doubly sure to carry epinephrine auto-injectors.

The study authors, who just published their findings in Allergy, Asthma & Clinical Immunology, searched the Ontario (Canada) Coroner’s database from the years 1986 to 2011 and uncovered 92 fatal cases of anaphylaxis. They then mined the records further to obtain both the suspected trigger for each case and relevant patient demographics such as age, gender and co-morbidities.

Food allergies were the most common trigger, the cause of 40 total deaths. After that came insect venom (30 cases) and drugs or other medical treatment (16 cases). The trigger for 6 of the cases was unknown.

Slightly more than half of the patients (47) had experienced previous allergic reactions to whatever triggered their fatal anaphylaxis. More than a quarter (26) had documented asthma. Only 12 of the patients were children (mean age was 46.5 years) but 10 of the children were teenagers.

The percentage of patients with known cases of asthma was far higher in this study of fatal anaphylaxis than in most studies of all anaphylaxis or in the general public, and the true number of asthmatics in the study sample may have been far greater than 26. Only 2 of the patients were known not to have asthma. No information was available about which of the remaining 64 patients did and did not have asthma.

“Additionally,” the study authors wrote, “we did not examine asthma-related deaths, so it is possible that some of these cases may have been misfiled under asthmatic deaths, which likely underestimated the number of asthmatics who died of anaphylaxis.”

All these factors, taken together, may indicate that asthma exacerbates the consequences of anaphylaxis even more than prior research has suggested and may justify allergy systematic allergy testing for all asthmatics.

It certainly demonstrates, the authors wrote, why doctors should follow guidelines for prescribing auto-injectors to asthmatics with potentially dangerous allergies and why such patients should carry them at all times.

The authors also concluded that teens faced a particularly high risk that anaphylaxis would prove fatal and that they (and their parents) should do more to uncover dangerous allergies and (again) carry auto-injectors.

Indeed, that advice holds true for all patients with known allergies. Of the 47 such patients in the study, fewer than half had been prescribed an auto-injector and fewer than half of them (10) were carrying it with them when the attack began.

“We also found that reactions occur more frequently outside of the home, particularly in public places that serve food,” the study authors wrote. “This trend highlights an educational gap in the food industry.  The provision of epinephrine auto-injectors in public places such as food courts may be one way to address this, similar to how cardiac defibrillators have been implemented in public places to avoid cardiac deaths.”

For all the problems their study noted, the authors also identified one area important area where improvements are already taking place: the rate of food-related deaths fell consistently over time, despite sharp increases in the number of people with severe food allergies.

Possible explanations included everything from increased awareness to better food labeling to laws that mandate auto-injectors in schools.

Could sleeping on animal fur as an infant help prevent asthma and allergies? A study by German researchers found that by age 6 sleeping on animal pelts had reduced a child’s chances of developing asthma by 79 percent. Their theory is our current environments are “too clean” and early exposure to pathogens helps the immune system to learn how to correctly differentiate between harmful and harmless irritants. Early exposure also helps the immune system to better prepare for future “attacks.”

Food allergies and asthma are on the rise in America. It was estimated that eight percent of all U.S. children are afflicted by food allergies and 9.3 percent of children have asthma. These figures are projected only to increase with time. In a recent study, researchers have observed that something as simple as sleeping in animal fur could be enough to prevent infants from ever developing these life-threatening conditions.

It’s been long hypothesized that modern America’s obsession with cleanliness is partly to blame for the prevalence of asthma and allergies. Children living in a more rural, farm-like setting have been observed to have far less respiratory problems and allergies than those in more urban settings. Researchers found this was partly due to the increased exposure to animal dander and waste. Working on this theory, German researchers from the Helmholtz Zentrum München Research Centre conducted a 16-year-long study to see if in the absence of farms simple animal pelts could have the same allergy prevention abilities.

According to a press release, in order to test their theory, the researchers enlisted 2,441 newborn babies. Exactly 55 percent of these infants slept on animal pelts the first three years of their lives, with the remainder sleeping on synthetic material. The children were then followed for the first 10 years of their lives to accurately document the development of allergies and asthma.

Results showed that by age 6 sleeping on animal pelts had reduced the children’s chances of developing asthma by 79 percent. "Our findings have confirmed that it is crucial to study further the actual microbial environment within the animal fur to confirm these associations," Dr. Christina Tischer, lead researcher of the study, said in the press release.

While Tishcher may believe her study has confirmed the link between cleanliness and the development of allergies, it is by far not the first study to suggest it. The idea, dubbed the “hygiene hypothesis” suggests that it is possible to be too clean for your own good. This is because early exposure to pathogens helps the immune system to learn how to correctly differentiate between harmful and harmless environmental irritants, NBC News reported. Early exposure to these irritants also helps the immune system to better prepare for future “attacks.”

The idea of bacteria and how we treat them needs to be revised. Most bacteria are benign and some are even helpful. By eliminating them, we are all putting ourselves and our children at a disadvantage.

Researchers aren’t suggesting a complete turnaround from hygiene. The use of antibacterial soaps after one uses the toilet save countless lives every year for life-threatening E.coli infections. However, moderation and common sense should come into play to help distinguish when antibacterial products are necessary and when it may be best to do without.