Can the overuse of antibiotics also be related to the increase in asthma, celiac disease and allergies? Dr. Martin Blaser, director of the Human Microbiome Program at New York University believes so. “Besides aiding the rise of superbugs, excess consumption of these medications may be changing and in some cases devastating our helpful bacteria and contributing to changes in our metabolism and immune system,” he says in his new book, Missing Microbes: How the Overuse of Antibiotics Is Fueling Our Modern Plagues. 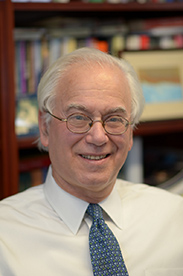 NYU Doctor Looks to Our Bacteria for Allergy Explanations

What if the hygiene hypothesis to explain the rise in allergies and asthma is all wrong?

That is just one of the interesting new ideas proposed by Dr. Martin Blaser, director of the Human Microbiome Program at NYU, in his book Missing Microbes: How the Overuse of Antibiotics Is Fueling Our Modern Plagues.

After studying the role of bacteria in human disease for over 30 years, Dr. Blaser has discovered a startling new way to look at both the health of our bodies and commonly accepted treatments and how they may be affecting us.

For hundreds of thousands of years bacterial and human cells have existe­d in a peaceful symbiosis that is responsible for the equilibrium and health of our bodies. Now this invisible Eden is under assault from our overreliance on medical advances including antibiotics and Caesarian sections, threatening the extinction of our irreplaceable microbes and leading to severe health consequences.

Take the hygiene hypothesis for example.  This well-circulated explanation for the swell in childhood allergy numbers focuses on the idea that our environment may be too clean and the lack of exposure to microorganisms may be affecting the development of the immune system.

Dr. Blaser, however, argues it is not so much the external environment that is affecting us but a change in our internal world or microbiome.

Gazillions of bacteria are all around us—on our skin and in our mouths, ears, noses and guts — working to keep us healthy.  Unfortunately some of what we believe to be advanced medical science may actually be undercutting the bacteria’s efforts and putting us at risk for a host of health-related problems including allergies, asthma and celiac disease.

Extensive prescribing of antibiotics is one example of this.  Besides aiding the rise of superbugs, excess consumption of these medications may be changing and in some cases devastating our helpful bacteria and contributing to changes in our metabolism and immune system.

The increasing use of cesarean sections is another.  “These aseptic procedures prevent newborns from acquiring their mothers’ organisms through the birth canal, possibly setting them up for a lifetime of trouble, with higher than normal risks of a range of immune-related problems,” writes Dr. Abigail Zuger in her New York Times review of the book.

So what’s the answer?

Moderation—and the recognition that everything we do has an effect.

“Both antibiotics and C-sections are sometimes vital—absolutely necessary,” says Dr. Blaser. “But both are overused. Doctors must learn to be more judicious in this as they are in other countries and patients should not be demanding these. They all have cost. Nothing is biologically free.”

The bottom line is we all need to readjust how we act today and how we think about tomorrow. Dr. Blaser believes in the future we may be able to test for and replace missing microbes thereby reducing many of our modern ailments.

Now that would be a medical breakthrough!

Dr. Martin Blaser has studied the role of bacteria in human disease for over 30 years. He is the director of the Human Microbiome Program at NYU. He founded the Bellevue Literary Review and has been written about in newspapers including The New Yorker, Nature, The New York Times, The Washington Post, and The Wall Street Journal. His more than 100 media appearances include The Today Show, GMA, NPR, the BBC, The O’Reilly Factor, and CNN. He lives in New York City.

Most of us think of food or bee stings as the leading cause of allergy-related sudden deaths in the U.S. But a recent analysis of death certificates found it was actually medications that were the cause, particularly among older people and African Americans.

Medications: The Leading Cause Of Allergy-Related Deaths

An analysis of death certificates from 1999 to 2010 has found that medications are the leading cause of allergy-related sudden deaths in the U.S. The study in the Journal of Allergy and Clinical Immunology also found that the risk of fatal drug-induced allergic reactions was particularly high among older people and African-Americans and that such deaths increased significantly in the U.S. in recent years.

Anaphylaxis is the term used for a severe, potentially life-threatening allergic reaction that can occur within seconds or minutes following exposure to an allergen. Until now, data on trends in anaphylactic deaths—or even the number of yearly deaths from anaphylactic shock—has not been well-defined. One reason: unlike countries such as the UK, the U.S. doesn't maintain a national registry for anaphylaxis deaths.

"Anaphylaxis-related deaths in the U.S. have not been well understood in recent years," said Elina Jerschow, M.D., M.Sc. director, Drug Allergy Center, Allergy and Immunology Division of Medicine, Montefiore Medical Center, and assistant professor of medicine, Albert Einstein College, the lead author of the study. "We hope these findings will help in identifying specific risk factors and allow physicians to formulate preventative approaches."

Further analyses revealed fatal anaphylaxis due to medications, food and unspecified allergens was significantly associated with African American race and older age; and fatal anaphylaxis rates due to venom was more common in white, older men.

Of the 2,458 deaths identified between 1999-2010, culprit drugs were not specified in most of the cases (approximately 74 percent). However, among those with an identified culprit drug, nearly half were antibiotics, followed by radio-contrast agents used during diagnostic imaging procedures and chemotherapeutics that are used in treatment of cancer.

"Anaphylaxis has been dubbed 'the latest allergy epidemic,'" said Dr. Jerschow. "The U.S. and Australia have some of the highest rates of severe anaphylaxis among developed countries. We hope these results bring increased awareness of the need for a better understanding of anaphylaxis deaths."

As we have been saying for several years, not all kids have an epinephrine auto-injector prescribed specifically for them, as many times parents are not even aware their child has an allergy. And, about 25 percent of first-time food allergy reactions happen at school, according to the American Academy of Allergy, Asthma and Immunology (AAAAI). The good news is more and more schools are stocking epinephrine for use by anyone in an emergency situation. Read all about it here.

FRIDAY, Sept. 19, 2014 (HealthDay News) — More states are passing legislation permitting or requiring schools to stock the medication epinephrine to use for any child having a severe allergic reaction.

Epinephrine auto-injectors are the primary treatment for "anaphylaxis," an allergic reaction that can lead to throat swelling, breathing difficulties, a steep drop in blood pressure and even death.

In people with severe allergies to certain foods, such as peanuts or tree nuts, insect venom or certain drugs, anaphylaxis can occur within moments of exposure to the allergen, explained Dr. Scott Sicherer, a professor of pediatrics, allergy and immunology at the Jaffe Food Allergy Institute at Mount Sinai School of Medicine in New York City.

But if given soon enough, epinephrine can halt the anaphylactic reaction, saving the child's life, Sicherer said.

"An anaphylactic reaction can progress rapidly and can be fatal," he said. "What we know is the theme for individuals who died from it is they did not get prompt epinephrine — either they were delayed in getting it or they didn't get it at all."

While many parents of children with serious food allergies supply a prescription epinephrine auto-injector (brand names: EpiPen, Auvi-Q) to the school nurse or teacher, not all kids have an epinephrine auto-injector prescribed specifically for them. And, about 25 percent of first-time food allergy reactions happen at school, according to the American Academy of Allergy, Asthma and Immunology (AAAAI). Those parents may not even realize the child has an allergy.

Those statistics, along with a highly publicized case in 2012 in which a 7-year-old Virginia girl died after eating a peanut on the playground, have prompted a recent wave of legislation intended to make epinephrine available to any child in case of an emergency.

"Legislatures have recognized that schools need to have this emergency capability in case a child or even a staff member has an anaphylactic incident because they have been exposed to something they're allergic to, whether it's food or an insect sting," said Charlotte Collins, senior vice president of policy and programs for the Asthma and Allergy Foundation of America.

About one in 13 U.S. children — or as many as two in every classroom — have at least one food allergy, according to FARE and the AAAAI. The most common cause of food-related anaphylaxis is peanuts, but other common allergens, including dairy, sesame or tree nuts such as cashews, pecans or walnuts, can also cause severe reactions.

The stock epinephrine movement was helped along by federal legislation signed into law by President Barack Obama in November 2013. The School Access to Emergency Epinephrine Act gives states incentives for passing legislation requiring that schools have epinephrine on hand and training personnel how to use it in case of emergency. Obama's daughter, Malia, has a peanut allergy.

While ideally all states would require schools to stock epinephrine, laws that at a minimum allow schools to provide epinephrine for use in an emergency are also important because the laws typically contain language permitting staff members to use any available epinephrine, even an auto-injector prescribed to another child, if needed, Collins explained.

"The laws are saying, 'We don't want you to hesitate to try to help this child,'" Collins said.

Yet even in states that require schools to stock epinephrine, actually getting the medication into the schools will take time, she added. Schools need to find funds to purchase the medication. Rules and protocols set by other agencies may also need to be changed. For example, in some states, pharmacy boards need to change rules to permit physicians to write a prescription to a school district rather than an individual patient, Collins said.

The good news is that training staff doesn't take long, Sicherer said. Epinephrine auto-injectors are preloaded with medication that's automatically dispensed through a short needle when pressed against the upper thigh.

Even in states with laws requiring epinephrine in schools, parents should still provide an epinephrine auto-injector prescribed to their child, make sure that teachers are trained to use it, and ensure there is a written plan for how school staff will respond in case of an emergency involving an allergic reaction, Sicherer said.