Our Association teamed up with veteran advocates from the Allergy & Asthma Network (AAN) and the Anaphylaxis Community Experts (ACE) group for two very successful days in support of legislation for those with life-threatening allergies. We were able to personally meet with our representatives including those in the U.S. Senate and House as well as many state legislators. We are very proud of our founder, Jon Terry, receiving an award from the AAN as the “Outstanding Patient Advocate” in recognition for his work in convincing New York state legislators to pass stock epinephrine legislation and his ongoing advocacy for epinephrine auto-injector training in schools.

It Takes a Team

The story of the 2015 legislative season is that great things are accomplished with great teams. From Washington, DC to Albany, NY, Allergy Advocacy worked with an impressive team of individuals and organizations to seek support of legislators at all levels of government. Our mission is to inform, educate and raise awareness about life-threatening allergies and anaphylaxis. We continue to advocate for the protection of individuals with life-threatening allergies through improved access to life-saving epinephrine.

The four allergy myths you thought were true - but aren't

The four allergy myths you thought were true - but aren't

Could our super-clean environment as compared to how our more rural ancestors lived be a cause of the current increase in allergies? Is there a link between reduced exposure to microbes and allergies? Research scientists in the UK say no, and also dispel myths about increased personal hygiene, fewer childhood infections and the prevalence of synthetic chemicals as being causes.

Allergies are on the rise across the developed world and hay fever and eczema have trebled in the last 30 years. Yet allergies are an area of much confusion and concern. Although 40% of people report having a food allergy, in fact only 1-5% do, and allergists commonly report spending most of their consultations refuting firmly held beliefs that have no scientific foundation.

Theories about allergy – some from medical research and some from lifestyle “gurus” – have led to conflicting information, making it hard to know what to believe. Because of this, Sense About Science worked with me and a number of allergists, immunologists, respiratory scientists and pharmacists to produce Making Sense of Allergies, a guide tackling the many myths and misconceptions about allergies. One common myth – something that I work on – is the link between allergies and exposure to microbes.

So here is a hygiene and allergy reality fact check:

No. Although a link between allergies and microbes is largely accepted, the idea that more infections during childhood reduce the chance of developing allergies is now discounted. This idea came from the hygiene hypothesis, proposed in 1989, which theorised that the 20th century’s increase in allergies was due to lower rates of infection in early childhood. This hypothesis was based on observations that larger family size protected against hay fever, while smaller families were thought to provide insufficient infection exposure because of less person-to-person infection.

Exposure to a normal range of microbes during the first months after birth is critical to developing the immune system, but there is no evidence that “regular” infections are important to boost general infection immunity or prevent allergies.

Are allergies up because of modern obsessions with cleanliness?

No. Our microbiomes, the population of microbes that live in and on our bodies, have altered from previous generations. This is not because of cleanliness, but because we interact with less diverse microbial environments than those of our largely rural ancestors. The idea that excessive cleaning has created “sterile” homes is implausible: microbes are rapidly replaced by organisms shed from us, our pets, raw foods and dust.

This understanding has come from the “old friends” mechanism, a refinement to the hygiene hypothesis that offers a more plausible explanation for the link between microbial exposure and allergies. It proposes that exposure to the diverse range of largely non-harmful microbes or parasites that inhabit our world are important for building a diverse microbiome that is vital for sustaining a well regulated immune system that doesn’t overreact to allergens like pollen. These “old friends” have co-evolved with humans over millions of years. By contrast most infectious diseases only emerged over the last 10,000 years as we came to live in urban communities.

Old friend microbes are still there, but we have lost contact with them due to lifestyle and public health changes over the past two centuries. Improved water quality, sanitation and urban cleanliness have massively reduced infectious disease, but inadvertently deprived us of exposure to these microbes. Changes in microbial content of food, less breastfeeding, more caesarean sections, urban rather than rural living and increased antibiotic use have also reduced early life old friends’ interaction.

Will relaxing hygiene reverse the trend in allergies?

No. We now know that relaxing hygiene will not reunite us with our old friends, but carries the risk of increased exposure to other microbes that can cause old and new diseases. Because it was originally called the “hygiene” hypothesis, and because the terms hygiene and cleanliness are used interchangeably, people often assume that “being less clean” implies being less particular about hygiene. At the same time that allergies have increased, the threats of global pandemics and antibiotic resistance have increased, and hygiene is key to containing these threats. Protecting against infection is not about how clean our homes look or how often we shower, it’s what we do to stop germs spreading.

By using “targeted” hygiene practices such as hand washing, food safety and toilet hygiene, while encouraging everyday interactions with our microbial world we maximise protection against infection, while maintaining exposure to old friends.

No. Excessive use of cleaning and personal care products and anti-bacterials is sometimes said to be linked to allergies because it deprives us of microbial exposure. Antibacterial products are perceived to exacerbate this. However, because evidence suggests that general day-to-day home cleaning has no impact on microbial levels, it is unlikely to impact our human microbiome. By contrast targeted disinfectant use, for example while preparing food, can reduce infection risks. 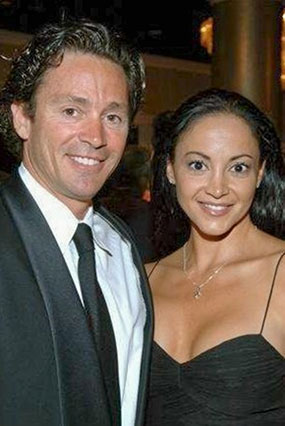 Olympian vaults to defense of allergic kids in Texas

It took a near tragedy for Olympic champion Mitch Gaylord and his wife Valentina to realize there are no requirements in Texas to stock epinephrine in schools. Their two children have peanut allergies and Luc, now 4, almost died from an anaphylaxis attack. They found that one in 13 children suffer from allergies that can be life threatening, and 25 percent of those kids will suffer their first seizure in a school. And, each succeeding seizure becomes more severe. Thanks in part to their efforts, the Texas state Senate approved a bill mandating epinephrine in public and charter schools unless a district cannot afford it, and similar legislation is in a House committee.

BEE CAVE, Texas (KXAN) — Olympic gold medal gymnast Mitch Gaylord lives in Bee Cave these days, where he and his wife Valentina run the Lagree Studio for fitness. They are especially concerned about the health and lives of children as two of their own suffer from dangerous peanut allergies.

In fact, 160,000 Texas children suffer from such food allergies that could turn life threatening in an instant. Texas is also one of a handful of states that does not mandate, or enable, public schools to keep a drug on hand that could save lives, and the Gaylords are working to change that.

Mitch and Valentina will never forget the day Luc, now 4, went into his first anaphylaxic shock. They had no idea he and his sister Valletta were allergic to peanuts.

“All of a sudden he took his plate and threw it off the table. He doesn’t act like that and all of a sudden he was swelling up,” Valentina said. “We called 911. I was horrified, he was vomiting. We didn’t know anything about anaphylaxis, I didn’t know it could be fatal so quickly.”

Mitch had a similar memory of the incident.

“He took one bite and immediately pushed the plate away. We just panicked. It’s a scary thing…and he was going into a bad place.”

Luc recovered from his seizure but has made three emergency visits to the ER because of his allergy.

Most states have provisions for public schools to keep the drug epinephrine on hand, ready to administer in the moment an allergic student goes into seizure, unable to breath. They were shocked to learn Texas is not one of them.

“I don’t understand why any school or any restaurant, public place that serves food, would not want a life saving device in their establishment,” Valentina said. “It’s absolutely critical.”

“I think it’s a necessity, like a fire extinguisher,” Mitch added. “If there is a fire, God forbid you’ve got a protection device.”

The epinephrine device is easy to administer and takes just seconds. The Gaylords have supplied it to the elementary school where their kids go, but they are worried about other Texas children, so they are lobbying the legislature to make epinephrine available across the board.

“Every second counts and anaphylaxis shock takes seconds,” Valentina said, “and it can be fatal in minutes.”

“The point is it’s all about parents wanting their children to feel safe, when they are at school and away from them,” Mitch added. “We can’t police them 24/7, nor do we want to.”

The state Senate, spearheaded by Sen. Juan Hinojosa, D-Corpus Christi, has approved a bill mandating epinephrine in public and charter schools unless a district cannot afford it. Similar legislation is in a House committee.

One in 13 children suffer from allergies that can be life threatening, and 25 percent of those kids will suffer their first seizure in a school. Each succeeding seizure becomes more severe.

Chicago began supplying its schools recently and administered epinephrine 38 times the first year. Some school districts worry about legal liability and the cost of keeping epinephrine in stock, but several distributors have offered free or discounted supplies.

As Mitch Gaylord might say, it just takes a leap of faith.