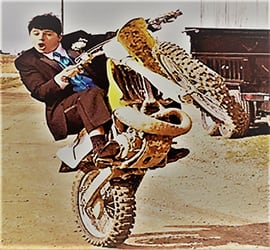 Watch Out: Bee Sting Deaths Have Been on the Rise, CDC Data Shows

Preventing deaths from bee stings is very close to our hearts, as this is how our founder Jon Terry’s sister died. Recent studies report 1,109 deaths from bee, hornet and wasp stings during the past 17 years. And if you’ve had a severe allergic reaction to a bee sting, there is a 30-60% chance you will experience full-blown anaphylaxis the next time you are stung. If you have experienced a bad reaction, it is important to discuss with an allergist whether you should get allergy shots to help prevent anaphylaxis.

Watch Out: Bee Sting Deaths Have Been on the Rise, CDC Data Shows

Bee, hornet and wasp stings can be deadly — and over a recent six-year period, those stings have killed more and more Americans, according to a new report released Friday.

The number of United States deaths caused by hornet, wasp or bee stings ticked up each year from 2012 to 2017, the most recent years of National Vital Statistics System data that were analyzed by the Centers for Disease Control and Prevention in the report.

Researchers did not give a reason for the steady increase in reported sting deaths over those six years, and the CDC did not immediately respond to a request for comment.

“Deaths ranged from a low of 43 in 2001 to a high of 89 in 2017,” the Atlanta-based health agency said in the report. However, the CDC warned that those numbers may actually be underreported. That's because allergic reactions to hornet, wasp and bee stings can be mistakenly diagnosed as heart attacks or sunstrokes. To put those numbers in perspective, snakes average 5-6 fatal bites per year.

KABC reports that “the CDC warned that those numbers may actually be underreported. That’s because allergic reactions to hornet, wasp and bee stings can be mistakenly diagnosed as heart attacks or sunstrokes.”

Bee stings can cause anything from minor irritation to a severe, life-threatening allergic reaction, according to Mayo Clinic.

“People who have a severe allergic reaction to a bee sting have a 30 to 60 percent chance of anaphylaxis the next time they’re stung,” Mayo Clinic’s bee sting webpage warns. “Talk to your doctor or an allergy specialist about prevention measures such as immunotherapy (‘allergy shots’) to avoid a similar reaction in case you get stung again.”

About 80 percent of those who die of bee, wasp or hornet stings are men, the CDC said.

“Bees, wasps, and hornets are most abundant in the warmer months,” the National Institute for Occupational Safety and Health writes on a webpage with safety tips. “Nests and hives may be found in trees, under roof eaves, or on equipment such as ladders.”

The institute advised people to run away if they’re attacked by several swarming insects, because “bees release a chemical when they sting, which may attract other bees.”

If a bee does sting someone, others should stay with the victim to make sure an allergic reaction doesn’t occur. The sting site should be washed with water and soap and the stinger should be removed — but a fingernail or gauze should be used, rather than squeezing or using tweezers, the institute’s safety page said.