Testing, testing, testing. One thing newborns go through is lots of testing. Amongst those many tests are those that check for allergic reactions to different types of foods, including peanuts. When infants have been found to be allergic, oral immunotherapy should be begun quickly “via shared decision making” according to a review published in The Journal of Allergy and Clinical Immunology: In Practice. 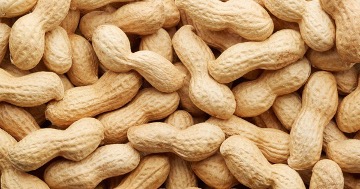 When peanut introduction fails, peanut OIT for infants should be offered as soon as possible via shared decision-making, according to a review published in The Journal of Allergy and Clinical Immunology: In Practice.

Previous studies have demonstrated that peanut OIT is effective and safe for infants, Gilbert T. Chua, MBBS, FHKAM(Paed), clinical assistant professor with the department of pediatrics and adolescent medicine of the Li Ka Shing Faculty of Medicine at The University of Hong Kong, and colleagues wrote.

Although the results of the Learning Early About Peanut, or LEAP, study have led to recommendations for introducing infants to peanuts in their first year, the authors noted, the prevalence of peanut allergy does not appear to have decreased significantly in this age group.

Peanut allergies impair quality of life and increase anxiety, the authors continued. For patients who develop allergy despite early introduction, management strategies include avoidance of peanut, serial testing and initiation of immunotherapy when available.

But before beginning OIT among infants who have peanut allergy, the authors cautioned, providers should engage in a shared decision-making process with families and balance the option with avoidance and without precluding later initiation of OIT.

“Failed early introduction therefore leaves a gap, whereby any negative aspects of life with peanut allergy are accelerated and started at a younger age, without any available intervention,” the researchers wrote. “Thus, it is necessary to evolve our approach for this unique population of infants who have failed primary prevention.”

Compared with prolonged avoidance and missed opportunities for OIT, the authors wrote, earlier initiation of OIT could have a favorable risk/benefit profile that providers should discuss with families. When early peanut introduction fails, the authors added, early OIT could lead to numerous favorable outcomes.

The authors advised that screening could be coupled with decisions to proceed in a timely manner to a confirmatory oral food challenge with use of the highest tolerated dose for initiating OIT if the infant does not tolerate the OFC.

Providers also could offer low fixed-dose OIT when infants have been screened but families are apprehensive about OFC but want to begin therapy. When families choose an avoidance strategy instead, allergists should be able to support them and manage treatment as well, the authors wrote.

However, Chua and colleagues warned that ongoing peanut avoidance could elevate risks for increased peanut sensitization with age as Th2 cytokine expression and specific IgE production progressively intensify with low likelihood for relenting.

Specifically, the authors recommended early OIT for any infant aged younger than 12 months who has failed primary prevention of peanut allergy when there is a convincing history of immediate IgE-mediated reaction or when there is evidence of allergic sensitization and no history of ingestion in screened infants whose families have deferred OFC.

Compared with peanut OIT initiated later in childhood, early OIT is similarly safe and effective, according to the authors. It also provides robust health and economic outcomes compared with avoidance.

Previous studies have found desensitization rates ranging from 71% to 81% and tolerance rates of up to 100% with early peanut OIT, the authors noted, with savings of $12.3 billion to $47 billion in societal costs in the United States through an 80-year lifetime.

In addition to improving quality of life and reducing food-related anxiety, the authors continued, initiating OIT very soon after the initial diagnosis could psychologically benefit the family earlier in the child’s life.

By beginning OIT within days or weeks of failed early introduction, families may adapt sooner to a controlled approach to peanut introductions, while infants likely would develop higher thresholds and experience less severe reactions.

Also, the authors said, these infants more likely may be able to openly ingest peanut or reach a stable maintenance dose before beginning school, which would shift avoidance requirements for school and enable socialization that reduces vulnerability related to food allergy such as bullying.

Further, the authors indicated that infants experience anaphylaxis less frequently and have milder index reactions, supporting the implementation of OFCs for early introduction and infant peanut OIT. In fact, the authors said, OIT-related safety outcomes are the same or better among infants compared with older children.

Also, Peanut (Arachis hypogaea) Allergen Powder-dnfp (Palforzia, Aimmune Therapeutics) is the only commercially available peanut OIT product approved by the FDA, although the authors indicated that nonprescription products are safe, feasible and effective for peanut OIT among infants as well.

The lack of procedural terminology code specific to OIT also makes reimbursement a barrier, with many families needing to pay out of pocket for services. Similarly, Peanut Allergen Powder-dnfp is not robustly covered outside of commercial insurance plans.

Worldwide, resources for allergy services vary, even though OIT should only be performed under the supervision of an allergist. Wait times may be extensive, leading to prolonged food avoidance and persistent psychological burden on these families, the authors wrote.

But once the allergist and family are keen to proceed, the authors wrote, early infant OIT should be offered with a review of risks and benefits in addition to alternatives. When allergists are not comfortable offering infant OIT, the authors continued, they should refer families to their colleagues, lest families miss this window of opportunity for timely intervention.