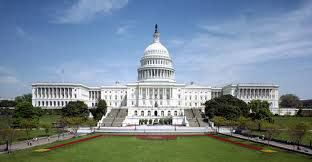 Gridlock?  What gridlock?  The Allergy Advocacy Association is happy to announce the passage of the School Access to Emergency Epinephrine Act (H.R. 2094).  This historic legislation passed the US Senate last week and will now go to the President’s desk to be signed into law.  A companion bill in the U.S. House of Representatives passed on July 30, 2013. Both bills received strong bipartisan support in both houses of Congress.

Once enacted this legislation encourages states to adopt laws requiring schools to have on hand “stock” epinephrine auto-injectors, which is epinephrine that is not prescribed to a specific student but can be used for any student or staff member in an anaphylactic emergency.  The federal legislation would provide an incentive for states to require schools to stock epinephrine.

"This legislation will help save lives of those who experience an anaphylactic reaction and don't have a prescribed epinephrine auto-injector," says Tonya Winders, chief operating officer of Allergy & Asthma Network Mothers of Asthmatics (AANMA). "The legislation provides a funding incentive to states to enact laws allowing school personnel to stock and administer a non-student-specific epinephrine auto-injector in case of an emergency."

“We celebrate this milestone together with the many families who have answered the call to write to their elected representatives to urge support of this critical legislation, and we thank the Senate for recognizing that schools must be prepared to protect students with life-threatening food allergies,” said John L. Lehr, chief executive officer of Food Allergies Research and Education (FARE). “This could not have been done without the leadership of Sens. Durbin and Kirk and U.S. Reps. Roe and Hoyer. We look forward to seeing President Obama sign it into law, and to encouraging greater safety in our schools.”

It is the hope of the Allergy Advocacy Association that this federal legislation will encourage enactment of similar authorizing laws here in New York State.
More than half of states have laws or guidelines in place allowing schools to stock undesignated epinephrine auto-injectors.  Currently only four states - Maryland, Nebraska, Nevada and Virginia – require their schools to stock epinephrine.  Our association will continue our efforts in Albany to support legislation protecting children at risk for anaphylaxis in NYS schools.