An anaphylactic reaction can be life threatening. Fortunately, we know how to properly treat a reaction.  But what about those individuals who have a second attack, known as a biphasic reaction, without a repeat exposure to the cause of the first attack. Understanding the factors associated with biphasic reactions can lead to a better awareness and the ability to stay safe. 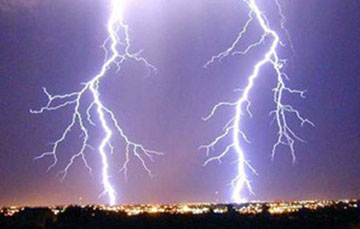 Anaphylaxis is a severe, life-threatening reaction to a food, drug, insect venom, or environmental substance. Epinephrine is the only drug that can halt and reverse the progression of anaphylaxis and the sooner it is administered, the better the outcome.

When an individual suffers anaphylaxis they should be transported to a hospital for observation because, in an estimated 4%-6% of cases, they could suffer a second anaphylactic reaction known as a biphasic reaction without repeat exposure to the eliciting substance.

Biphasic reactions are known to be more severe than monophasic anaphylaxis, so close monitoring is recommended up to 12 hours after the initial anaphylactic reaction.

Who is at risk for a biphasic reaction? Researchers are just beginning to tease out indicators that are associated with those at increased risk.

In a letter published in the journal Clinical and Translational Allergy, researchers described their retrospective analysis of 237 patients referred for anaphylaxis to a tertiary-care university hospital between January 2017 and May 2020.

Association with Loss of Consciousness

All 13 patients that suffered biphasic reactions lost consciousness during their first reaction (100%) compared with 132 (58.9%) of those with monophasic reactions (P = .008).

Tryptase is a common enzyme found in the body. The patients that suffered biphasic reactions had median basal tryptase levels of 6.1 µg/L, significantly higher than the 4.2 µg/L level observed among those with monophasic reactions (P = .009).

The researchers wrote that future studies could confirm whether higher basal tryptase is a risk factor for biphasic reactions and other severe outcomes of anaphylaxis.

They indicated that their study is the first to show an association between asthma and biphasic anaphylaxis.